Today in History: Alphonse Maria Mucha is born in 1860

On this day in 1860, the talented Czech Art Nouveau poster artist, illustrator and designer was born. Mucha initially worked as a theatrical scene painter in Vienna before a benefactor discovered his talents and financed his art studies in Munich and Paris. Mucha stayed in Paris where he designed his first posters. His breakthrough came in 1894 when he created the famous Gismonda poster starring Sarah Bernhardt. The actress was so impressed with Mucha’s work that she offered him a 6-year contract which paved the road for the artist’s subsequent success. Over the next 15 years, Mucha became the model Art Nouveau artist, creating posters, advertisements, calendars, postcards, and magazine and book illustrations. His work typically featured beautiful women surrounded by elaborate flowers. Mucha returned to live in Czechoslovakia around 1910 where he produced his masterpiece, a set of 20 mural paintings, the Slav Epic, depicting the history of his nation. He died in 1939, several months after being arrested and interrogated by the Nazis, following Germany’s occupation of Czechoslovakia.

On this day in 1836, French painter and lithographer, Jules Cheret, was born in Paris. Cheret became a master of Belle Epoque poster art and is often called the father of the modern poster. 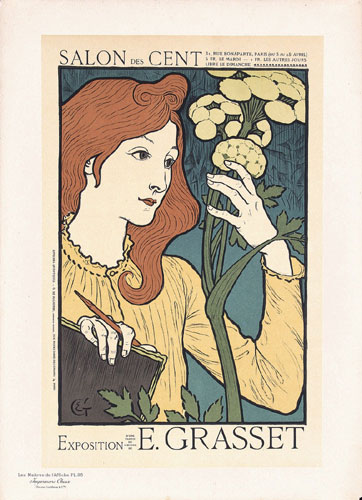 The acclaimed Swiss decorative poster artist would turn 176 years old if he were still alive today. Grasset (25 May 1845 – 23 October 1917) studied drawing and architecture and worked as a painter and sculptor before he moved to Paris in 1871. It was not until the late 1870s that Grasset became interested in graphic design. He created  his first posters in the mid- to late-1880s. Grasset was famous for his classical portrayal of women. His poster works are considered cornerstones of the Art Nouveau movement.

On this day in 1986, an explosion and fire at the No. 4 reactor of the Chernobyl nuclear power plant in Ukraine resulted in a nuclear meltdown sending radioactivity into the atmosphere. The radiation fallout spread throughout Europe. Within 48 hours, monitoring stations in Sweden, Finland and Norway began reporting sudden high discharges of radioactivity in the atmosphere. After two days, the Soviet Union, via the official news agency, Tass, admitted there has been an accident at the Chernobyl nuclear power plant in Ukraine. The Chernobyl disaster is considered the largest nuclear accident in history.

Today in History: Ireland Bans Smoking in the Workplace

In 2004, Ireland becomes the first country to ban smoking in all workplaces. Contrary to initial concerns, the ban had no adverse economic effects, and soon several other countries passed similar legislation. According to the World Health Organization, tobacco smoke is the single greatest cause of preventable death globally. 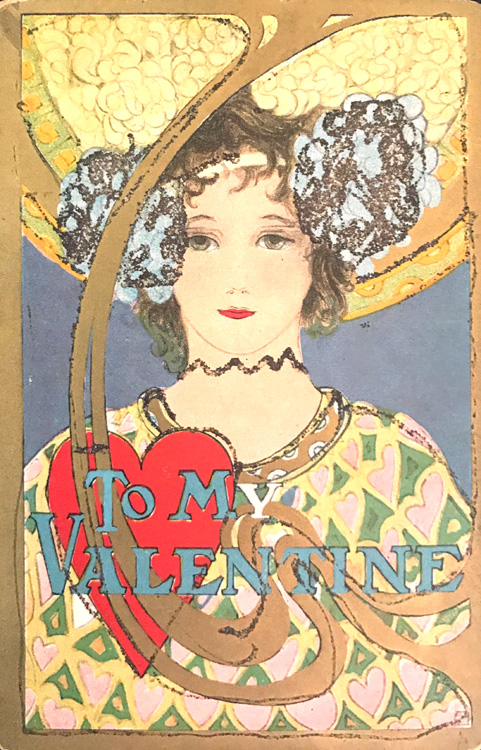 Today in History: Art Nouveau conquers Vienna in 1918
On this day in 1918, the first exhibition of the “Secession” art movement opened in Vienna. This Austrian artists’ association wanted to set itself apart from the established art business and created the basis for the Viennese Art Nouveau.

A new constitution, established by a national referendum, changed the name of the Irish Free state to Ireland. The Irish Free State was a part of the British Commonwealth and was established in 1922 under the Anglo-Irish Treaty signed in 1921. The new constitution completed a process of gradual separation from the British Empire that governments had pursued since independence. However, it was not until 1949 that the state was declared, officially, to be the Republic of Ireland.

Theophile Alexandre Steinlen (November 10, 1859 – December 13, 1923) was a Swiss-born French Art Nouveau painter and printmaker. Steinlen studied at the University of Lausanne before taking a job as a designer trainee at a textile mill in Mulhouse in eastern France. In his early twenties, he moved to the artistic community in Paris where he was befriended by the painter Adolphe Willette. The latter introduced him to the artistic crowd at Le Chat Noir that led to his commissions to do poster art for the cabaret owner/entertainer, Aristide Bruant and other commercial enterprises. Steinlen had hist “poster breakthrough” with his work for the cabaret artists Mothu et Doria (1893); one of his best-known images was “Lait pur Sterilise” (1894). Steinlen became a regular contributor to Le Rire and Gil Blas magazines plus numerous other publications including L’Assiette au Beurre and Les Humouristes. Between 1883 and 1920, he produced hundreds of illustrations, a number of which were done under a pseudonym so as to avoid political problems because of their harsh criticisms of societal ills. Steinlen died in 1923 in Paris and was buried in the Cimetière Saint-Vincent in Montmartre.

A liqueur is a strong alcoholic beverage that has been sweetened with herbs, fruits, nuts, cream, or spices. Liqueurs are traditionally served as after-dinner drinks or mixed with coffee. The word “liqueur” comes from the Latin word “liquifacere,” which means “to dissolve or melt.” As early as 400 BC, the Egyptians and Greeks distilled wine to produce fortified spirits. They sweetened this concoction with cinnamon and honey—a combination that we still use today to create mead. In the thirteenth century, European monks and alchemists perfected the distillation process used to create liqueur. The liquid was primarily used for medicinal purposes. Source: punchbowl.com

Jules Chéret, (born May 31, 1836, Paris, France—died September 23, 1932, Nice), was a French poster illustrator and graphic designer who has been called “the father of the modern poster.” After apprenticing as a lithographer from 1849 and studying drawing, Chéret received his first major poster commission in 1858 for Jacques Offenbach’s operetta Orpheus in the Underworld (1858). From 1859 to 1866 he designed posters and book jackets in London where he was strongly influenced by the British approach to poster design and printing. On returning to France, Chéret created vivid poster ads for the cabarets, music halls, and theaters such as the Eldorado, the Olympia, the Folies Bergère, or the Moulin Rouge. He created posters and illustrations for the satirical weekly Le Courrier français. In 1895, Cheret created the Maîtres de l’Affiche collection, a significant art publication of smaller sized reproductions featuring the best works of ninety-seven Parisian artists. His success inspired an industry that saw the emergence of a new generation of poster designers and painters such as Charles Gesmar and Henri de Toulouse-Lautrec. One of his students was Georges de Feure. In his old age, Cheret retired to the pleasant climate of the French Riviera at Nice. He died in 1932 at the age of 96. Cheret was awarded the Légion d’honneur by the French Government in 1890 for his outstanding contributions to the graphic arts. Although his paintings earned him a certain respect, it was his work creating advertising posters, taken on just to pay his bills but eventually his dedication, for which he is remembered today. Source: wikipedia.org.