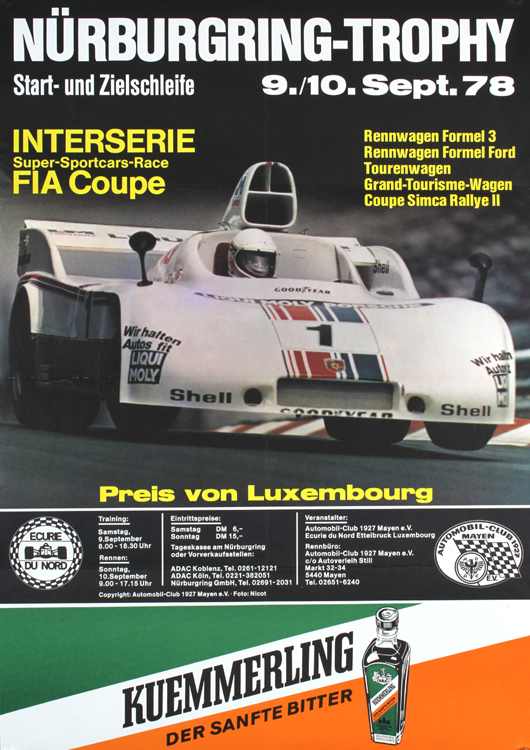 Today in History: Nürburgring opens in 1927

The Nürburgring is a 22.8-kilometer circuit for car and motorcycle racing located in the town of Nürburg in Germany. Some 3,000 workers helped build the “First Mountain, Race and Test Track.” The construction of the racetrack was part of a job creation program of the government for the economically weak Eifel. For decades, the Nürburgring was regarded as the most difficult racetrack in the world. In 1976, Niki Lauda barely survived a terrible accident on the Nordschleife, the “Green Hell.” After Lauda’s accident, Formula 1 races at the Nürburgring were discontinued. Lauda was the only person ever to lap the full 22,835-metre (14.189 miles) Nordschleife in under seven minutes.

Direct link to poster at https://bit.ly/3wyoWCe

Today in History: Christo born in 1935

The avant-garde artist known as Christo (Christo Vladimirov Javacheff) was born on this day in 1935 in Bulgaria. Christo is famous for his spectacular, large-scale installations. He and his wife have wrapped the Reichstag in Berlin, the Pont Neuf in Paris, and turned New York’s Central Park orange with his project The Gates. Christo passed away on May 31 of 2020 in New York.

Direct link to the poster at https://bit.ly/2RG3NHy

National Red Rose Day honors the flower that is a symbol of love and romance. Red roses were used in many early cultures as decorations in wedding ceremonies and wedding attire. It was through this practice that, over the years, the red rose became known as a symbol of love and romance. The tradition of giving red roses as the strongest message of love is still practiced today.

The 19th FIFA World Cup – the first ever on the African continent – opened in Johannesburg, South Africa. In the final, Spain defeated the Netherlands 1-0 in overtime.

On this day in 1943, Hungarian-born László Biró received the first patent for the pen. Biró was a journalist who was frustrated with the use of the fountain pen: it took too much time to refill the ink and there seemed to be no way to avoid ink smudges. Biró noticed newspaper inks seemed to dry more quickly, thus rendering the paper stain free, and so he set out to design a pen using the same type of ink. He filed a British patent in 1938 and continued to develop and improve the pen’s design together with his brother György and their friend Juan Jorge Meynin. A new patent for the improved pen was filed in 1943: it was the first real ballpoint pen as we know it today. The pen became an immediate bestseller in the United States after World War II where it was first introduced in the fall of 1945 at a New York department store. Despite its high price of $9, some 10,000 pens were sold within the first week

Direct link to the poster at https://bit.ly/3vak9ql

Each year on the first Wednesday in June, people across the United States participate in National Running Day. This day was designated as a day for runners to reaffirm their passion for running.

Inquiries about this original, vintage poster at posters@posterconnection.com

Direct link to poster at https://bit.ly/3wsM4lB

Today in History: Marilyn Monroe born in 1926
Today is the birthday of American actress, model and sex-symbol, Marilyn Monroe (born Norma Jeane Mortenson). A supporting role in the film “The Asphalt Jungle” (1950) marked Monroe’s breakthrough in Hollywood. Films like “Niagara” (1953), “Gentlemen Prefer Blondes” (1953), and “Some Like It Hot” (1959) made her to one of the most successful movie stars of the 1950s.Monroe was found dead from a drug overdose on August 5, 1962 in her home in Brentwood, California. She was 36 years old. 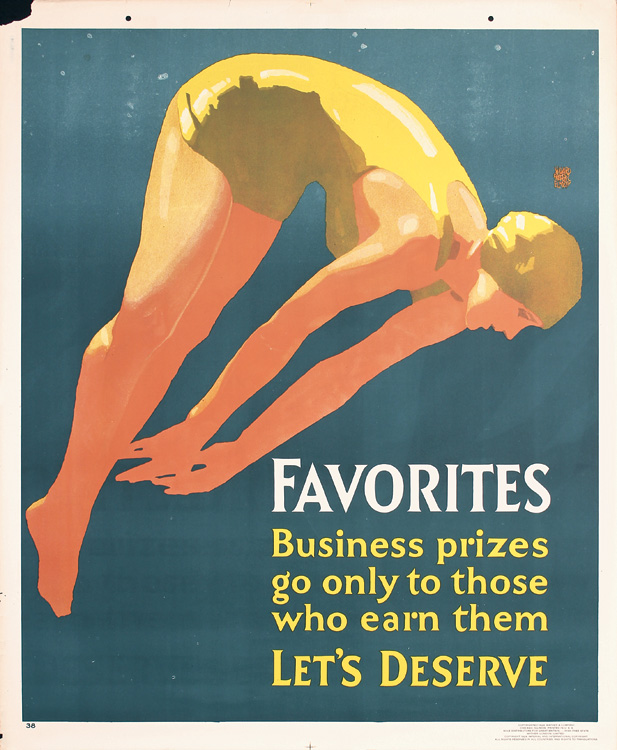 On this day in 1742, the world’s first indoor pool – the Bagnio – opened its doors in London. London in the 18th century had a stench all its own, the Thames and Fleet open sewers, the streets still clogged with filth. The poor still used the open waterways of the capital for the pleasure of swimming, though the degree of pleasure to be had from a dip in the Thames at that time is perhaps debatable. Thus it was that the Bagnio, opened on May 28 1742 in Lemon Street, Goodman’s Fields, was a business idea whose time had come. For the subscription of a guinea gentlemen (and only gentlemen, ladies were not to be countenanced) could use the 43-foot long pool, advertised as being warmed and kept fresh every day. As this was indoors the prying eyes of lesser mortals would be kept from the wealthy users – at the price of a guinea, the lower rungs of society were unlikely to be interested in the pool. The facilities of the Bagnio included a cold pool as well as the warmed one, and what were described as waiters were available to teach the art of swimming to those who had not yet mastered it.

Two observations should be made about the Bagnio as an innovation. The first is that the Romans in the first century AD are believed to have had such facilities in Britain – they had already installed a heated pool in Rome in the first half of the century. The second is that Bagno or Bagnio was also a synonym for brothel, so we may speculate on other services available beyond swimming coaching in the Lemon Street establishment. (source: http://www.information-britain.co.uk)